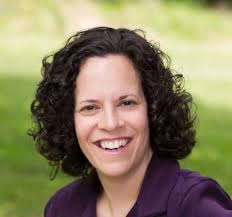 Professor and Distinguished Teaching Scholar and Chair, Department of Psychology, College of Liberal Arts and Sciences

College of Liberal Arts and Sciences

"Abrams came to the University of Florida in 1997 and established the Cognition and Aging Laboratory to investigate memory and language abilities in younger and older adults, specifically the processes involved in retrieving words and the changes in these processes that occur with normal aging. Abrams’ research has been supported by the National Institute on Aging and the National Institute of Mental Health and has been recognized by Sigma Xi, the Scientific Research Society, which awarded her the 2007 Young Investigator Award. She is a Fellow of the American Psychological Association, the Gerontological Society of America, and the Psychonomic Society. Abrams also has received recognition for mentoring students, earning mentorship awards from the American Psychological Association Division 20, Women in Cognitive Science and HHMI Science for Life"

LATE IN 1988, a 41-year-old Italian hardware clerk arrived in his doctor's office with a bizarre complaint. Although he could recognize people, and remember all sorts of information about them, he had no idea what to call them. He'd lost the ability to remember any personal name, even the names of close friends and family members. He was forced to refer to his wife as "wife."