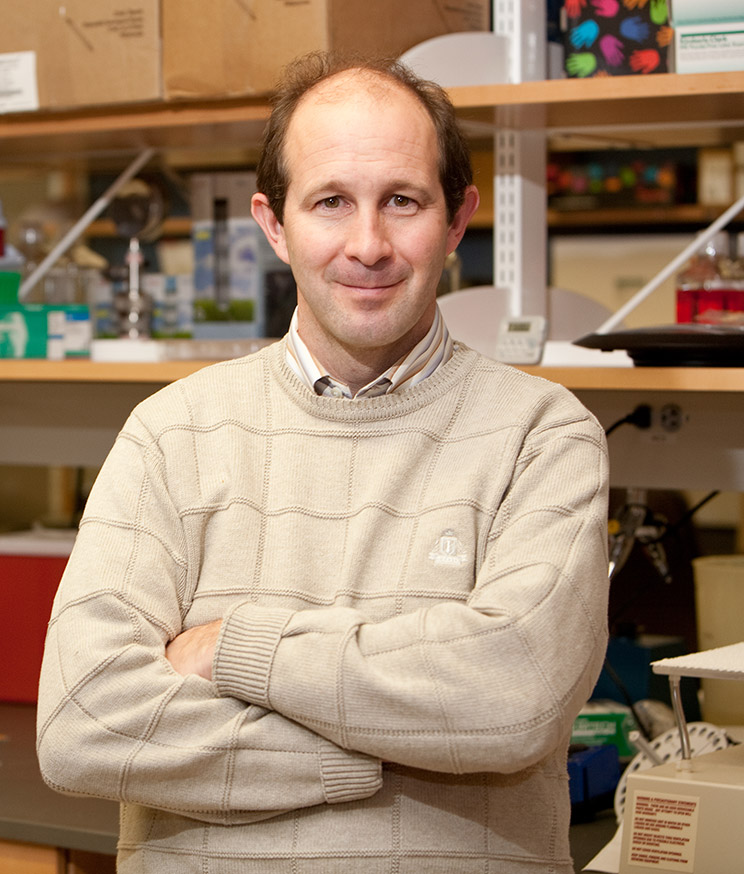 Golde is an internationally known expert in the scientific understanding of Alzheimer’s disease and a world-class translational scientist committed to promoting collaborative neuroscience among an expanding base of research programs under the umbrella of UF’s McKnight Brain Institute. Golde came to UF from the Mayo Clinic in Jacksonville, where he oversaw an extramural grant portfolio that exceeded $10 million a year. An investigator into the study of Alzheimer’s disease for nearly three decades, Golde has published more than 200 papers that have been cited more than 25,000 times. He is a member of the medical and scientific advisory board for the Alzheimer’s Association and the BrightFocus Foundation and serves on several state advisory boards related to Alzheimer’s disease.

University of Florida Health researchers have uncovered more evidence of a link between the brain’s stress response and a protein related to Alzheimer’s disease.

The research, conducted on a mouse model and in human cells, found that a stress-coping hormone released by the brain boosts the production of protein fragments. Those protein pieces, known as amyloid beta, clump together and trigger the brain degeneration that leads to Alzheimer’s disease.

Mount Sinai Medical Center and the University of Florida will partner to form the Alzheimer’s Disease Research Center after winning a federal grant.

The National Institutes of Health awarded a $1.5 million grant for the first year of the program. The nonprofit hospital in Miami Beach and the Gainesville-based state university hope to extend it for a total of five years. The program previously won $1 million in funding from the state.

A February article written for AARP members asked: “Where’s the War on Alzheimer’s?”

U.S. taxpayers have spent about $1.7 trillion on the “War on Terror” since 2001. But during that time, the federal government has spent a fraction of that amount, averaging less than $500 million per year, to battle a disease that has an estimated $214 billion-per-year price tag and steals the memories, independence, dignity and ultimately the lives of the estimated 5.2 million Americans who now suffer with it.